A natural setting overlooking landscapes as varied as spectacular
Set at an altitude of 150 m, sheltered by the rocky barrier of the Clape massif, the vineyard is cradled by the sea sprays of the Mediterranean Sea. The smells of the garrigue spread over this large marl-limestone plateau where overlook the blue notes of the nearby lakes, Bages and Gruissan. 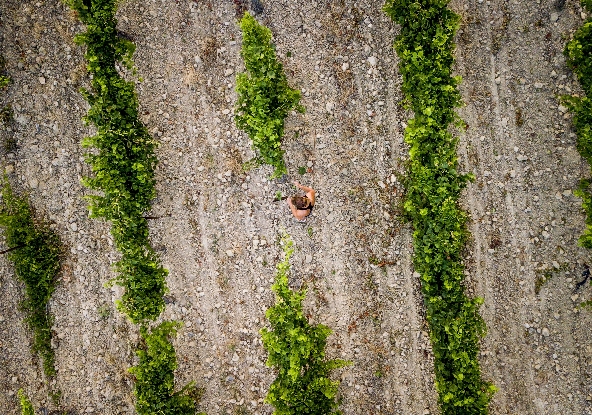 The vineyard takes advantage of a Mediterranean climate with warm, sunny days. At night, the altitude and the nearby sea bring coolness. Thus, the bunches of grapes ripen more slowly to produce a high-quality juice.

The several geological changes related to the differences in altitude and exposure give our terroir several expressions. Dating from the Cretaceous age, the soils are mainly made up of local marls and marl-limestone mixed with the products of the erosion of the limestone plateau that overlooks them. 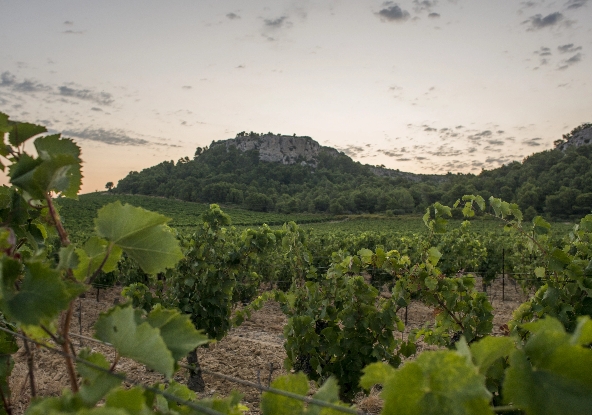 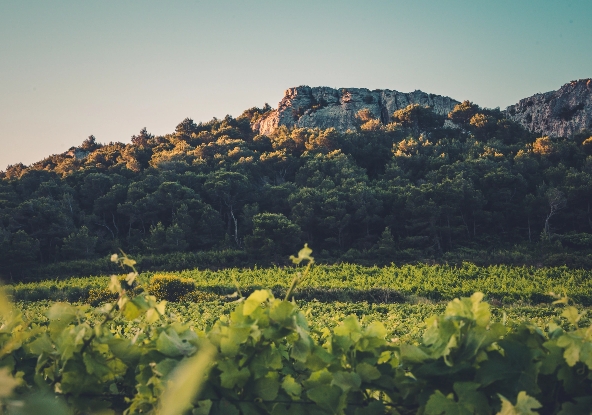 Since Roman times, the vineyard has taken root at the foot of the Clape massif

The origin of the existence of the vineyard on the Massif de la Clape dates back to Roman times. As a result of the phylloxera which destroyed the vines at the end of the 19th century, they became grazing land for sheep for several decades. It is from 1980 that enthusiast winegrowers decided to replant the vineyard, giving rise to Château de Figuières, referring to the fig, that fleshy and succulent fruit.

A new direction emerged in 2008

The present owner was immediately seduced by this terroir when he visited it for the first time in 2008. Convinced that all the conditions were set there to make great wines, a complete restructuring of the vineyard was then undertaken. Cleaning, pruning, complying with, analysing the soils, clarifying the grape variety, modernising the cellar... the vineyard had a second life. It was in 2015 that this long preparation work delivered its first harvest. This first vintage paved the way to several awards, emphasising the good work achieved in the vineyards and in the cellar.